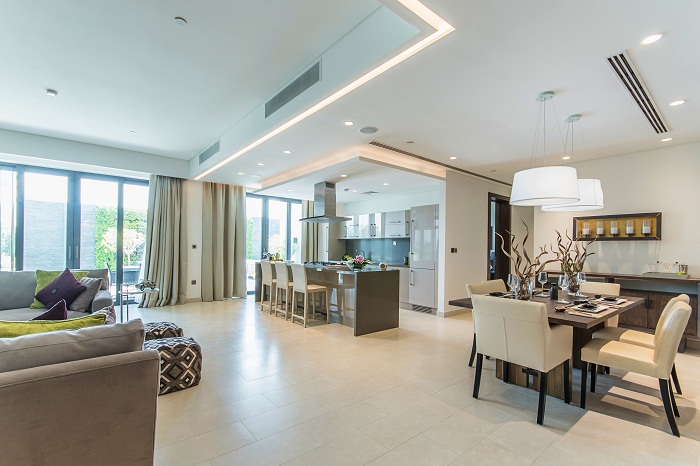 Decorate the House According To Vastu Shastra

Vastu Shastra plays an important role in every part of the house. While the Vastu Dosh present in the house puts a complete stop on the progress of the members of the house, on the other hand discord and negativity remain in the house. In such a situation, if a little attention is paid to small things, then the house can be freed from Vastu defects. Who doesn’t like home decor? But if a little Vastu Shastra is taken care of in this decoration, then the house will not only look beautiful but also happiness and prosperity will remain. Let’s have a look at those things that can be used in the decoration of the house and which will also help in increasing the wealth.

2. By placing the idol of Ganesh ji at the main gate of the house, positive energy is developed. Along with this, fringes or wind chimes, Surya Santra etc. can also be installed on the main door.

3. According to astrology consultancy things can be installed or removed in the bedroom of the house. It is said that a clock should not be placed on the head. Apart from Radha-Krishna, the idol of any other god should not be kept in the bedroom. Along with this, keep your bed simple.

4. To maintain happiness and prosperity in the house, place a green colored vase in the north-east direction of the house. Money plant should be planted in the north direction for progress in job or business.

5. According to Vastu, placing the idol of Goddess Lakshmi in the north direction of the house is considered very auspicious. But keep one thing in mind that put such a picture of Maa Lakshmi in which she is sitting on a lotus and she is dropping gold coins with her hands. By putting such a picture, there is a possibility of prosperity.

6. Keeping silver, brass or copper pyramids in the house brings blessings in the house. The pyramid should be kept in such a place where family members spend the most time to get lost love back.

7. Not only this, according to Vastu, putting black horseshoe on the main gate of the house is also considered auspicious. It is believed that it protects from evil eye and leads to progress in career.